Glamour and the Vision of Legitimate Power

The digital age has meant the triumph of the image over the printed word. Consider the numbers. Some 100 hours of video are uploaded to YouTube every minute, and over 6 billion hours of video are watched on that platform every month – or about 685,000 years. Facebook is much more than a social network:  it’s the largest repository of images in human history, holding 250 billion photos. The messaging service Snapchat has converted personal communication into a largely visual experience, with 700 million photos and videos “chatted” every day.

This torrent of imagery has been produced almost entirely by ordinary people wielding cell phone cameras. Government and industrial producers, once dominant in the field, have been swept aside. The effect has been to transfer vast persuasive power from established institutions into the hands of an unruly public. Visual media is compelling because it creates the illusion that we are looking out of a window at the real world. We react like witnesses, viscerally, suspending critical judgment. What we see will have a decisive impact on what we think:  perverse photos out of Abu Ghraib Prison arguably caused greater harm to the American cause in Iraq than any battlefield defeat. Cell phone video of the death of Neda Agha-Soltan, a young woman shot by a government sniper in the streets of Tehran, exposed the violent foundations of the Iranian regime with greater clarity than words could muster. 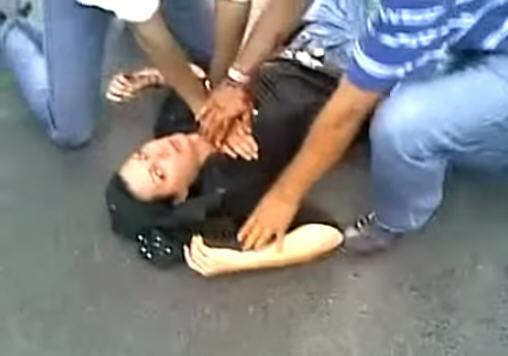 The power of images to shape opinion has long been recognized and turned to advantage by those in authority. Governments of every stripe have invested talent and treasure to create a concrete vision of themselves in the public’s mind:  what we might call, following Virginia Postrel, the glamour of power. For Postrel, “Glamour translates inchoate desires…into specific images and ideas, offering a lucid glimpse of desire fulfilled.” That describes quite precisely the goal of visual propaganda. To a degree that is rarely acknowledged, rulers – individuals and institutions – depend for their survival on the authorizing magic of legitimacy, rather than brute force. Legitimacy, in turn, rests on abstractions:  divine right, or the sovereignty of the people. Persuasive images embody these legitimizing abstractions. Ideals of authority are given shape and reality and even grace, offering a “lucid glimpse” of what power ought to be but rarely is.

From Rameses II to Louis XIV, official iconography emphasized the immense distance between the glamour of power and ordinary humanity. Rulers were god-kings or divinely anointed; the rest of us were mere mortals:  once that was established, legitimacy followed naturally. The pharaonic temptation in art is not yet dead, but modern governments, which claim legitimacy from the people, are more likely to portray the irresistible strength of the whole nation – typically, of the nation at war. The five soldiers photographed while struggling to raise the flag over the rubble of Mount Suribachi embodied the valor and determination necessary for an American victory over Japan. This image has served the U.S. government well. Used to sell war bonds and as the model for the Marine Memorial, it represented a grittier, more accessible style of glamour. That a Soviet photographer repeated the same visual elements with equal success shows that images, like text, persuade according to a structured rhetoric. 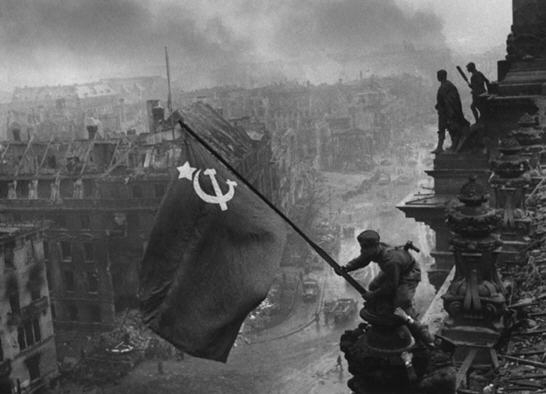 Berlin, 1945: Red flag over the Reichstag

Images bestow legitimacy because they are embedded in justifying stories. Just as depictions of the Crucifixion would be incomprehensible without knowledge of the Gospels, official imagery would appear trivial or puzzling in the absence of narratives that transform that faceless monster, the state, into a glamorous teacher, provider, consoler. Winning the battle of visual narratives can trump success in actual combat. In 2006, the Israeli military inflicted severe punishment on Hezbollah, but a brilliant visual campaign conducted by Hezbollah framed the conflict entirely in terms of Israeli aggression slaughtering innocent Lebanese civilians. Today, the 2006 war is remembered as a Hezbollah victory, even in Israel.

If government control of visual media engenders legitimacy, then the cell phone must be considered the most subversive device ever invented – and we should expect the digital revolution to usher in a period of great political turbulence. Persuasive images have played a decisive part in the serial uprisings in the Middle East. None was more powerful than the first:  that of the Tunisian street vendor, Mohamed Bouazizi, burning like a human torch to protest his humiliation at the hands of the regime. This image of a man driven by his rulers beyond the last measure of despair became the emblem of rebellion in the Arab world. A similar effect was created by photos of Khaled Said, a 28-year-old Egyptian beaten to death by agents of the Hosni Mubarak regime. The contrast between the handsome young Khaled alive and his appearance in death shocked the Egyptian public, and inspired a Facebook page, “We Are All Khaled Said,” in which the anti-Mubarak protests were first planned. A stream of viral videos from the Syrian uprising conveyed the immense size of opposition crowds, then the funerals of regime victims, and finally the descent into chaos that opened the gates to ISIS and other political monstrosities. 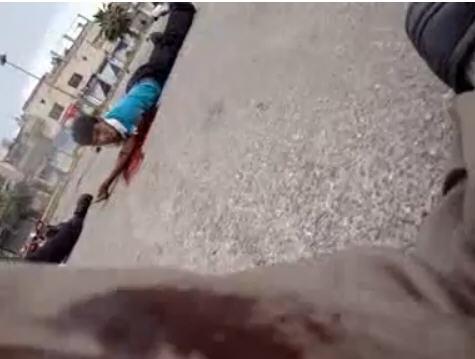 Syria, 2011: The world turned upside down

The public’s use of imagery represents a revolt against the distancing glamour of power – and a glamorization of revolt. Visual rhetoric feeds on negation. A YouTube video is a clumsy medium for parsing out political alternatives, but a powerful way to dramatize government brutality, corruption, and failure. The digital age thus often seems afflicted with a peculiar strain of nihilism. Battered by a blizzard of contradictory pictures, the stories that justify the ruling institutions have lost their hold on ordinary people. Trust in government has vanished, in democracies no less than authoritarian countries. Against this entropy of the system, a public that communicates visually has shown little interest in reform, and stands in danger of succumbing to the allure of perpetual discontent and the dark glamour of desolation. 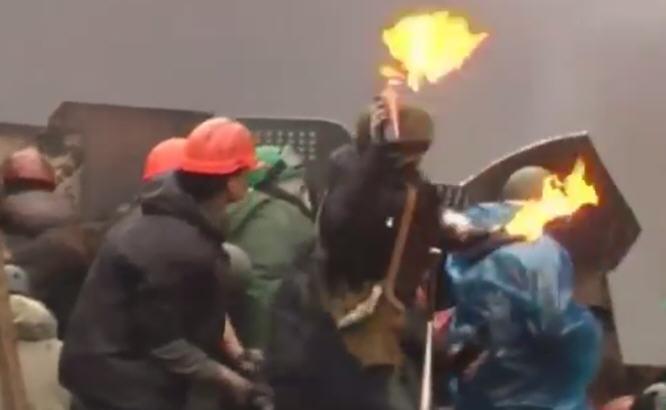 Ukraine, 2014:  The seductive glamour of revolt