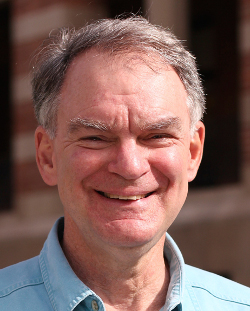 He researches how human beings coordinate their actions in cooperative, complex, culturally and historically varying systems of social relations. Much of his research explores how social relationships are interconnected in morally significant configurations where each relationship depends on the others. Methodologically, he employs participant observation ethnography, broad ethnological and historical comparison, systematic sampling of behavior, and experimentation. But I am fundamentally a theorist, exploring the ontology and epistemology of social phenomena.

More importantly, he is a theorist, deploying relational models theory (RMT), an integrated and comprehensive theory of human sociality of which he is the originator.  RMT connects the evolved neurobiology and psychology of human social relationships to their developmentally discovered cultural implementations. RMT has been deployed in published works by over 275 social, cognitive, developmental, and clinical psychologists; anthropologists and archeologists; sociologists; neuroscientists; philosophers; religious study researchers and management scientists.

Fiske holds a Ph.D. from the University of Chicago.