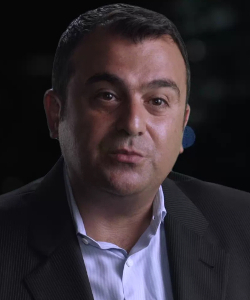 Ali Soufan is the Chief Executive Officer of The Soufan Group. Mr. Soufan is a former FBI Supervisory Special Agent who investigated and supervised highly sensitive and complex international terrorism cases, including the East Africa Embassy Bombings, the attack on the USS Cole, and the events surrounding 9/11. Mr. Soufan also serves as a member of the Homeland Security Advisory Council.

He is the author of the newly released Anatomy of Terror: From the Death of bin Laden to the Rise of the Islamic State and the New York Times bestseller The Black Banners: The Inside Story of 9/11 and the War Against al Qaeda, winner of the 2012 Ridenhour Book Prize. He is a leading national security and counterterrorism expert, and continues to play a significant advisory role on today’s most sensitive issues. Mr. Soufan had a distinguished career in the FBI, including serving on the Joint Terrorism Task Force, FBI New York Office, where he coordinated both domestic and international counterterrorism operations. He has received numerous awards and commendations for his counter-terrorism work. These include the Director of the FBI’s Award for Excellence in Investigation, the Respect for Law Enforcement Award for “relentless pursuit of truth and bringing terrorist subjects before the bar of justice,” and a commendation from the U.S. Department of Defense that labeled him “an important weapon in the ongoing war on terrorism.”