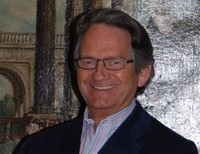 Anthony Pagden is a professor of political science and history at the University of California, Los Angeles. His work centers on European contact with the non-European world, as well as the history of law and of anthropology. he has published more than a dozen books, including Ideologies of Empire in Britain, France and Spain (1995), and Peoples and Empires (2001), and was editor of The Idea of Europe from Antiquity to the European Union (2002). He has authored articles that have appeared in the Times Literary Supplement, the London Review of Books, the New Republic, and numerous scholarly journals.

Response Essays: Have We Ever Been Modern?
The Conversation: A Question of Timing