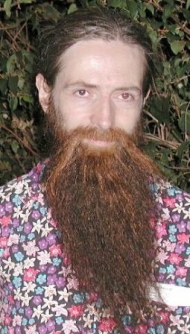 Aubrey de Grey, PhD, is Chairman and Chief Science Officer of The Methuselah Foundation. His major research interests are the role and etiology of all forms of cellular and molecular damage in mammalian aging, and the design of interventions to reverse the age-related accumulation of such damage. He has published extensively on these and other areas of gerontology, and is also Editor-in-Chief of the high-impact journal Rejuvenation Research, the only peer-reviewed academic journal focusing on intervention in aging.

He has formulated a wide-ranging plan for the comprehensive and eventually indefinite postponement of age-related physical and mental decline, named SENS (Strategies for Engineered Negligible Senescence). He is the organizer of an ongoing series of conferences and workshops that focus on the key biomedical research relevant to SENS, and he also oversees the Methuselah Foundation’s growing sponsorship of SENS research worldwide. His main publications are listed here.