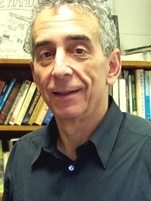 Barry Schwartz is professor of psychology at Swarthmore College. In his book Paradox of Choice: Why More Is Less, Schwartz argues that the vast array of options confronting the modern consumer leads not to superior choices, but to indecision and anxiety.

Schwartz is also author of The Cost of Living: How Market Freedom Erodes the Best Things in Life, The Battle for Human Nature: Science, Morality, and Modern Life, among other books, and co-wrote the textbook Psychology of Learning and Behavior. His writings have appeared in The New York Times, USA Today, The Philadelphia Inquirer, and The Guardian, along with Psychological Science, Behavior and Ethics, and Scientific American.

Schwartz received his PhD from the University of Pennsylvania in 1971.