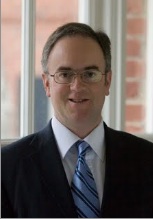 John M. Owen is an associate professor in the University of Virginia’s Department of Politics. He is the author of Liberal Peace, Liberal War: American Politics and International Security (Cornell University Press, 1997) and of The Clash of Ideas in World Politics: Transnational Networks, States, and Regime Change 1510-2010 (Princeton University Press, 2010).

Owen holds a Ph.D. in international relations from Harvard University.

Response Essays: A More Secure World? In Some Ways Yes; In Some Ways No
The Conversation: A Response and a Question