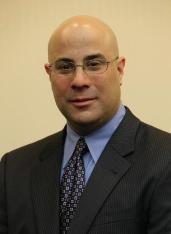 Dr. Bernard I. Finel is a Senior Fellow at the American Security Project (ASP) where he directs research on counterterrorism and defense policy He is the lead author of ASP’s annual report, “Are We Winning? Measuring Progress in the Struggle against Violent Jihadism.” He also produces regular in-depth analyses of current security issues including developments in the wars in Iraq and Afghanistan and U.S. defense policy.

Prior to joining ASP, Dr. Finel was a professor of military strategy and operations at the U.S. National War College from 2004 to 2006. From 1994 to 2004, he held various positions at Georgetown University, most notably as Executive Director of the Security Studies Program and Center for Peace and Security Studies from 2001 to 2004. He was also on the visiting faculty of the School of Foreign Service and a member of the core faculty of the M.A. Program in Security Studies.

Dr. Finel has published widely on international politics and security. He is co-author and co-editor of two books. Power and Conflict in the Age of Transparency (2000) was one of the first volumes to systematically examine the influence of increasing international transparency on international security. Ultimate Security: Combating Weapons of Mass Destruction (2003) highlighted the challenges to the non-proliferation regime and stressed the ineffectiveness of the U.S. government’s response to the issue. His research has been published in the journals Security Studies, International Security, Aerospace Power Journal, International Studies Quarterly, National Security Studies Quarterly, and World Affairs.

Dr. Finel received his B.A. in International Relations from Tufts University and holds an M.A. and a Ph.D. in Government from Georgetown University. He lives in McLean, Virginia with his wife Molly James, a trusts and estates attorney, and their two children.