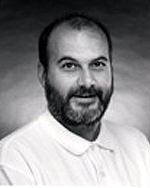 Branko Milanovic is Lead Economist in the World Bank’s research group, where he has been working on the topics of income inequality and globalization. Previously, he was a World Bank country economist for Poland and a research fellow at the Institute of Economic Sciences in Belgrade, Yugoslavia. Since 1996, Milanovic has also served as a visiting professor teaching the economics of transition at the Johns Hopkins University’s School for Advanced International Studies. He received his Ph.D. in economics in 1987 from Belgrade University.

As a senior associate on a two-year assignment with the Carnegie Endowment for International Peace’s Global Policy Program, Milanovic focused his research on globalization and world income distribution, as well as the interaction between politics, reform, and inequality in transition countries. He remains an associate scholar with the Endowment.