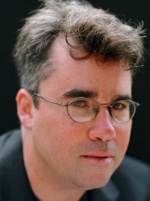 Brian Doherty is a senior editor at Reason, author of Radicals for Capitalism: A History of the Modern American Libertarian Movement, and most recently author of Gun Control on Trial.

From 1994 to 2003, Doherty worked as associate editor and reporter for Reason, writing a variety of stories on topics ranging from the Americans with Disabilities Act to pollution-credit trading to the independent rock scene.

Doherty’s work has appeared in The Washington Post, The Los Angeles Times, Mother Jones, Spin, National Review, The Weekly Standard, The San Francisco Chronicle, Suck, and dozens of other publications. He was the Warren Brookes Fellow in Environmental Journalism at the Competitive Enterprise Institute in 1999 and served as managing editor of Cato’s Regulation magazine from 1993–94.

Doherty received a bachelor’s degree in journalism from the University of Florida.

Response Essays: The Many Paths to Libertarianism
The Conversation: Teaching and Doing Depend on Each Other

Lead Essay: Libertarianism: Past and Prospects
The Conversation: Liberaltarians, the Non-Inevitable Welfare State, the Value of Libertarian Kooks, and the Limits of Consequentialism