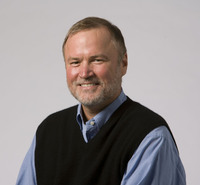 Bruce Caldwell is a Research Professor and the Director of the Center for the History of Political Economy at Duke University. He is the author of Beyond Positivism: Economic Methodology in the 20th Century, first published in 1982. For the past two decades his research has focused on the multifaceted writings of the Nobel prize-winning economist and social theorist Friedrich A. Hayek. Caldwell’s intellectual biography of Hayek, Hayek’s Challenge, was published in 2004 by the University of Chicago Press. Since 2002 he has been the General Editor of The Collected Works of F.A. Hayek, a collection of Hayek’s writings published jointly by the University of Chicago Press and Routledge. Formerly at the University of North Carolina at Greensboro, Caldwell has also held research fellowships at New York University, Cambridge University, and the London School of Economics. He is a past president of the History of Economics Society, a past Executive Director of the International Network for Economic Method, and a Life Member of Clare Hall, Cambridge.

Response Essays: Making Sense of Hayek on Spontaneous Order
The Conversation: Why Doesn’t Hayek Answer the Questions That I Feel Are Important?