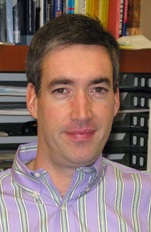 Casey B. Mulligan is a Professor in the Department of Economics at the University of Chicago. Mulligan first joined the university in 1991 as a graduate student, and received his Ph.D. in Economics from the University of Chicago in 1993. He has also served as a Visiting Professor teaching public economics at Harvard University, Clemson University, and Irving B. Harris Graduate School of Public Policy Studies at the University of Chicago. Mulligan is author of the 1997 book Parental Priorities and Economic Inequality, which studies economic models of, and statistical evidence on, the intergenerational transmission of economic status. His recent research is concerned with capital and labor taxation, with particular emphasis on tax incidence and positive theories of public policy. His recent work includes Market Responses to the Panic of 2008 (a book-in-process with Chicago graduate student Luke Threinen) and published articles such as “Selection, Investment, and Women’s Relative Wages,” “Deadweight Costs and the Size of Government,” “Do Democracies have Different Public Policies than Nondemocracies?,” “The Extent of the Market and the Supply of Regulation,” “What do Aggregate Consumption Euler Equations Say about the Capital Income Tax Burden?,” and “Public Policies as Specification Errors.” Mulligan has reported on some of these results in the Chicago Tribune, the Chicago Sun-Times, the Wall Street Journal, and the New York Times.

Visit his blog, Supply and Demand (in that order).