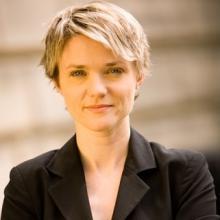 Charli Carpenter is a Professor of Political Science at the University of Massachusetts at Amherst. Her teaching and research interests include the politics of war law, transnational advocacy networks, protection of civilians, humanitarian disarmament, and the role of popular culture in global human security policy. She has a particular interest in the gap between intentions and outcomes among advocates of human security.She works with graduate students who have an interest in international human security norms. Carpenter has co-authored with graduate students on human security agenda-setting, public opinion on the laws of war, and political science fiction. She is the author of three books on the protection of civilians.

In early August, she visited the Paso del Norte detention facility in El Paso. She described her experiences there for The American Prospect.

Lead Essay: When the Most Powerful Nation Transgresses