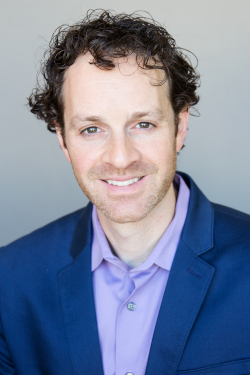 Christopher J. Coyne is a Professor of Economics at George Mason University and the Associate Director of the F. A. Hayek Program for Advanced Study in Philosophy, Politics, and Economics at the Mercatus Center. He is the Co-Editor of The Review of Austrian Economics and The Independent Review. He also serves as the Book Review Editor for Public Choice.

He is also the co-editor of In All Fairness: Liberty, Equality, and the Quest for Human Dignity (2019, Independent Institute); Exploring the Political Economy and Social Philosophy of James M. Buchanan (2018, Rowman & Littlefield International); Interdisciplinary Studies of the Market Order: New Applications of Market Process Theory (2017, Rowman & Littlefield International); Future: Economic Peril or Prosperity? (2016, Independent Institute); The Oxford Handbook of Austrian Economics (2015, Oxford University Press); and The Handbook on the Political Economy of War (2011, Edward Elgar Publishing). In addition, Coyne has authored numerous academic articles, book chapters, and policy studies. In 2016 he was selected as a recipient of George Mason’s University Teaching Excellence Award.

Response Essays: The Role of Whistleblowers and the Importance of “Going Public”