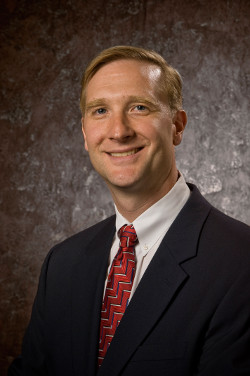 Christopher Preble is the vice president for defense and foreign policy studies at the Cato Institute. He is the author of The Power Problem: How American Military Dominance Makes Us Less Safe, Less Prosperous, and Less Free (Cornell University Press, 2009) and John F. Kennedy and the Missile Gap (Northern Illinois University Press, 2004). He coedited, with John Mueller, A Dangerous World? Threat Perception and U.S. National Security (Cato Institute, 2014); and, with Jim Harper and Benjamin Friedman, Terrorizing Ourselves: Why U.S. Counterterrorism Policy Is Failing and How to Fix It (Cato Institute, 2010).

Preble has also published articles in major publications, including the New York Times, USA Today, the Los Angeles Times, the Financial Times, National Review, The National Interest, and Foreign Policy, and is a frequent guest on television and radio.

In addition to his work at Cato, Preble teaches the U.S. foreign policy elective at the University of California, Washington Center. Before joining Cato in February 2003, he taught history at St. Cloud State University and Temple University. Preble was a commissioned officer in the U.S. Navy, and served aboard the USS Ticonderoga (CG-47) from 1990 to 1993.

Preble holds a PhD in history from Temple University.

Response Essays: Before We Cure Others of Their False Beliefs, We Must First Cure Our Own
The Conversation: Fear Is the Health of the State