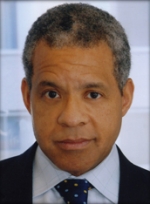 Clark Ervin is the head of the Homeland Security Program at the Aspen Institute. Before he took the current position, he was the first Inspector General of the United States Department of Homeland Security (December 2003 – December 2004). Prior to his appointment at the DHS, Ervin served one year as the acting inspector general. In December 2004 his recess appointment expired, and the White House chose not to nominate him for confirmation by the Senate.

Currently, as director of this new program at the Aspen Institute, Ervin will develop and lead a Homeland Security initiative that will include organizing seminars and conferences and issuing papers and reports on the general topic of homeland security and discrete issues under that general rubric. The Initiative will convene public and private sector leaders in the field of homeland security to discuss and debate the issues and to make recommendations for constructive change.

Most recently Ervin published a book — Open Target: Where America is Vulnerable to Attack – that details his tenure at the DHS as well as his views on the current lack of preparedness for new terrorist attacks.

Ervin graduated from Harvard College in 1980 and Harvard Law School in 1985, both with honors. Between college and law school, Ervin studied Philosophy, Politics, and Economics at Oxford University as a Rhodes Scholar, attaining a Master’s Degree in 1982.

Response Essays: I’d Rather Err on the Side of the Believers
The Conversation: Al Qaeda and the Cold War