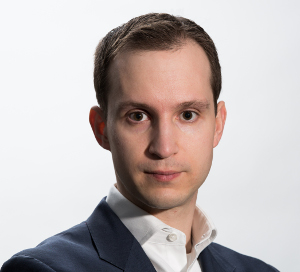 Dalibor Rohac is a research fellow at the American Enterprise Institute (AEI), where he studies the political economy of the European Union. He is also a visiting fellow at the University of Buckingham in the United Kingdom, the Institute of Economic Affairs in London, and a research associate at the Wilfried Martens Centre for European Studies in Brussels. Before joining AEI, Rohac was affiliated with the Cato Institute’s Center for Global Liberty and Prosperity and served as deputy director at the London-based Legatum Institute.

In 2009, he interned at the office of the president of the Czech Republic in Prague. In addition to a number of academic articles in peer-reviewed journals, Rohac has written about European affairs for The Washington Post, The New York Times, Financial Times, The Wall Street Journal, Foreign Affairs, and many other outlets. His book, Towards an Imperfect Union: A Conservative Case for the EU, was included on Foreign Affairs magazine’s list of best books of 2016. Rohac holds a Ph.D. in political economy from King’s College London, an M.Phil. in economics from the University of Oxford, an M.A. in economics from George Mason University, and a B.A. in economics from Charles University in Prague.

Response Essays: Federalism Is a Condition for Better States

Response Essays: Reasons for Concern about Brexit
The Conversation: On Brexit, Leavers Bear the Burden of Proof