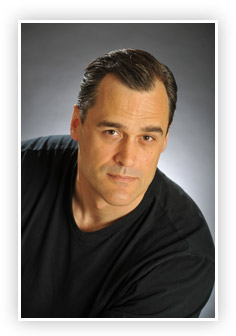 Dan Gardner is a columnist and senior writer with the Ottawa Citizen. His journalism has won many awards, including a National Newspaper Award, a Michener Citation of Merit, and Amnesty International’s Media Award.

In 2008, Gardner examined the psychology of risk perception in The Science of Fear (Dutton). A bestseller in the United Kingdom and Canada, published in 11 countries and eight languages, the Daily Telegraph named it one of five “best brain science books” ever written.

In 2011, Gardner’s next book, Future Babble (Dutton) was published. “It’s rare for a book on public affairs to say something genuinely new,” wrote Harvard psychologist Steven Pinker, “but Future Babble is genuinely arresting, and should be required reading for journalists, politicians, academics, and anyone who listens to them.”

Philip E. Tetlock is the Annenberg University Professor at the University of Pennsylvania, with cross appointments in psychology and the Wharton School. He is the author of Expert political judgment: how good is it? How can we know? and the coeditor of Unmaking the West: What-if scenarios that rewrite world history.” He is currently a principal investigator in a forecasting exercise run by the Intelligence Advanced Research Projects Agency and readers interested in testing their forecasting skills by participating in this exercise should consider registering at www.goodjudgment.info.

Lead Essay: Overcoming Our Aversion to Acknowledging Our Ignorance
The Conversation: An Unpredicted Outcome of Our Exchange: Testable Hypotheses