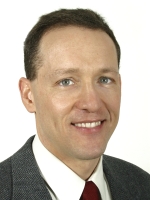 Daniel Klein, Cato Institute Adjunct Scholar, is a Professor of Economics at George Mason University, where he leads a program in Adam Smith. He is the editor of Econ Journal Watch. He has published research on policy issues including toll roads, urban transit, auto emission, credit reporting, and the Food and Drug Administration, and on spontaneous order, coordination, the discovery of opportunity, the demand and supply of assurance, why government officials believe in the goodness of bad policy, why people favor government intervention more than they should, and the relationship between liberty, dignity, and responsibility. His books include Curb Rights: A Foundation for Free Enterprise in Urban Transit (1997; co-authored with Adrain T. Moore and Binyam Reja), What Do Economists Contribute? (1999), The Half Life of Policy Rationales (2003; co-edited with Fred E. Foldvary), and Reputation: Studies in the Voluntary Elicitation of Good Conduct (1997). His new book, Knowledge and Coordination: A Liberal Interpretation will be published in 2011 by Oxford University Press. Klein spends several months every year in Stockholm, where he is affiliated with the Ratio Institute.

Klein holds degrees from George Mason University and New York University, where in both cases he studied the classical liberal traditions of economics.