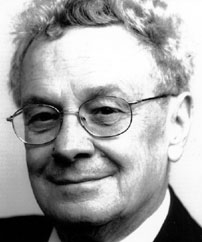 Daniel Callahan was a co-founder of The Hastings Center in 1969 and served as its President from 1969 – 1996. He is currently the director of the Center’s International Program. Over the years his interests have ranged widely, from the beginning to the end of life. In recent years he has concentrated his attention on health policy and research policy. Serving now as Director of the International Program, he coordinates contacts and discussions with colleagues in different parts of the world. His project on medicine and the market is examining the impact of market theory, thinking, and practice on health care systems, with a special focus on issues of equity and health care costs. A related interest is that of globalization and it impact on health status in different parts of the world. He is also a member of the Center team working on conflict of interest, with a special focus on disclosure as a means of dealing with it.In addition to his work at the Center, he is a Senior Fellow at the Harvard Medical School and a Senior Fellow at Yale. He is also an Honorary Faculty Member of the Charles University Medical School in Prague, the Czech Republic.

Mr. Callahan is the author or editor of 39 books, including Medicine and the Market: Equity vs. Choice (Johns Hopkins University Press, 2006); The Research Imperative: What Price Better Health? (University of California Press, 2003); False Hopes (Simon & Schuster & Rutgers University Press, 1998); The Troubled Dream of Life: In Search of a Peaceful Death (Simon & Schuster, 1993); What Kind of Life: The Limits of Medical Progress (Simon & Schuster, 1990); Setting Limits: Medical Goals in an Aging Society (1987); The Tyranny of Survival (1973); Abortion: Law, Choice and Morality (1970); Ethics in Hard Times (1982); and, with his wife, Sidney Callahan, Abortion: Understanding Differences (1984). He has contributed articles to Daedalus, Harpers, The Atlantic, the New England Journal of Medicine, the Journal of the American Medical Association, The New Republic, and other journals.

Response Essays: Nature Knew What It Was Doing
The Conversation: The Elmer Gantrys of Scientism