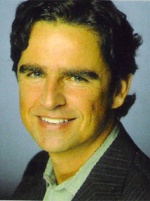 Darrin M. McMahon is a professor of history at Florida State University. McMahon is the author of Happiness: A History, where he argues that happiness, far from having a strict, universal definition, has meant different things to different people across human history.

McMahon is also the author of Enemies of the Enlightenment: The French Counter-Enlightenment and the Making of Modernity. His writings have appeared in the Wall Street Journal, The New York Times, The New York Times Book Review, The Boston Globe, Daedalus, and the Wilson Quarterly. His work has been featured on CBS’s “Sunday Morning,” the BBC, the CBC, and numerous National Public Radio programs, including “The Diane Rehm Show,” “To the Best of Our Knowledge,” “On Point,” “The Leonard Lopate Show” and “Forum With Michael Krasny.”

McMahon was educated at the University of California, Berkeley and Yale University, where he received his PhD in 1997.