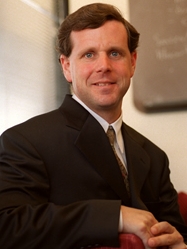 David M. Cutler is the Otto Eckstein Professor of Applied Economics in the department of economics and Kennedy School of Government and associate dean of the Faculty of Arts and Sciences for Social Sciences at Harvard University. He served as Assistant Professor of Economics from 1991 to 1995, was named John L. Loeb Associate Professor of Social Sciences in 1995, and received tenure in 1997.

Professor Cutler is the author of Your Money Or Your Life: Strong Medicine for America’s Health Care System, published by Oxford University Press. This book, and Professor Cutler’s ideas, were the subject of a feature article in the New York Times Magazine, The Quality Cure, by Roger Lowenstein. Cutler was recently named one of the 30 people who could have a powerful impact on healthcare by Modern Healthcare magazine.