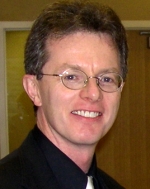 David Schmidtz is Professor of Philosophy, joint Professor of Economics, and Director of the Program of Philosophy of Freedom at the University of Arizona. He is author of the newly released A Brief History of Liberty(with Jason Brennan),  Elements of Justice (Cambridge, 2006), Rational Choice and Moral Agency (Princeton, 1995), The Limits of Government: An Essay on the Public Goods Argument (Westview, 1991), and co-author of Social Welfare and Individual Responsibility (Cambridge, 1998) with Robert Goodin. His academic articles have appeared in journals such as the Journal of Philosophy, Ethics, and Political Theory, and many have been reprinted in textbooks and other languages. He has edited a volume on Robert Nozick (Cambridge, 2002) and co-edited Environmental Ethics: What Really Matters, What Really Works (Oxford, 2001) with Elizabeth Willott. He has lectured at over fifty universities, in sixteen countries, on six continents.

Jason Brennan is is Assistant Professor of Philosophy, Research, at Brown University, and a member of the Political Theory Project, an interdisciplinary research center at Brown. He specializes in metaethics, normative ethics, and political philosophy. His current research is on voting ethics, and he is developing a new liberal, pluralistic theory of civic virtue that emphasizes the public value of private, non-political activity. Together with David Schmidtz, he is the author of A Brief History of Liberty, from Blackwell. His second book, The Ethics of Voting, is forthcoming under contract with Princeton University Press.

Lead Essay: Conceptions of Freedom
The Conversation: Reflections on the History and Language of Liberty