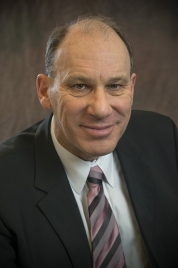 David A. Strauss is the Gerald Ratner Distinguished Service Professor of Law at the University of Chicago School of Law. Strauss has argued eighteen cases before the United States Supreme Court. In 1990, he served as Special Counsel to the Committee on the Judiciary of the United States Senate. He is a member of the national Board of Directors of the American Constitution Society. He has also served Chair of the Board of Trustees of the University of Chicago Laboratory Schools and as a member of the Board of Governors of the Chicago Council of Lawyers.

He recently published The Living Constitution (Oxford University Press, 2010). He is, with Geoffrey Stone and Dennis Hutchinson, editor of the Supreme Court Review. He has been a visiting professor at Harvard and Georgetown. He is a Fellow of the American Academy of Arts and Sciences.