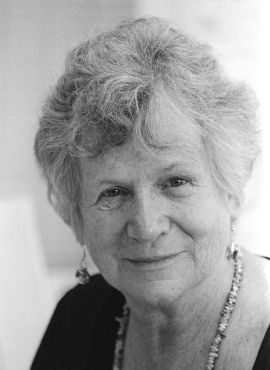 Deborah Meier is currently senior scholar at New York University’s Steinhardt School of Education. She has spent more than four decades working in public education as a teacher, principal, writer, and advocate, and ranks among the most acclaimed leaders of the school reform movement in the U.S.

Meier started her work as an early childhood teacher in Chicago after graduating from the University of Chicago. For the next 20 years, she helped revitalize public schools in New York City’s East Harlem District 4. In 1974, she founded Central Park Elementary School (CPE I), a highly successful public school of choice that served predominantly local African American and Hispanic families. During the next dozen years, Meier opened two other Central Park elementary schools in District 4, as well as an acclaimed secondary school, while also supporting and directing the development of similar schools throughout New York City.

Meier helped found the Coalition of Essential Schools in the 1980s, under the leadership of Ted Sizer. At Coalition schools, Meier helped foster democratic community, giving teachers greater autonomy in the running of a school, giving parents a voice in what happens to their children in schools, and promoting intergenerational connections. During the 1990s, she served as an Urban Fellow at the Annenberg Institute. In 1995, she moved to Boston to start Mission Hill, a K-8 school in Roxbury. These schools were part of a network Meier created that helped initiate new small schools, both elementary and secondary, in New York City and Boston.

Meier is a proponent of active, project-based learning and of graduation through a series of exhibitions of high quality work. She is the author of many books and articles, including The Power of Their Ideas, Lessons to America from a Small School in Harlem, and In Schools we Trust. She is an outspoken critic of state-mandated curriculum and high stakes standardized testing and has written extensively on their unreliability and class/race biases. She is on the board of the Coalition of Essential Schools, FairTest, Save Our Schools,  Center for Collaborative Education and  the Association for Union Democracy. She is also on the editorial board of The Nation, The Harvard Education Letter, and Dissent magazines. In 1987 she received a MacArthur “genius” Award for her work in public education. She blogs for Ed Week at Bridging Differences.

May 2014 : Entrepreneurship and Education

Response Essays: Be Careful When You Say “Choice”