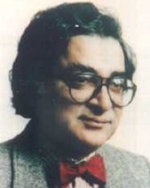 Deepak Lal is James S. Coleman Professor of International Development Studies, University of California at Los Angeles, Professor Emeritus of Political Economy, University College London, and co-director of the Trade and Development Unit at the Institute of Economic Affairs, London. He is also on the Board of Advisors of Liberty Institute, New Delhi and is an adjunct scholar at the Cato Institute.

Born in 1940, and educated at the Doon School, Dehra Dun, St. Stephen’s College, Delhi, and Jesus College, Oxford, he has been a member of the Indian Foreign Service (1963-66), Lecturer, Jesus College, Oxford, and Christ Church, Oxford (1966-68), Research Fellow, Nuffield College, Oxford (1968-70), Lecturer and Reader in Political Economy, University College, London (1970-84) and -Professor of Political Economy, University of London (1984-93). He, was a full-time consultant to the Indian Planning Commission (1973-74), a visiting fellow at the Australian National University, 1978, and has served as a consultant to the ILO, UNCTAD, OECD, UNIDO, the World Bank, and the ministries of planning in Korea and Sri Lanka. During 1983-84 he was an Economic Advisor to the World Bank, and then Research Administrator (1984-87), on leave from University College, London. He has been co-director of the Trade Policy Unit at the Center for Policy Studies (1994-97) and the Chairman of the board of advisors for the Nestle Lecture on the developing world (1994-98).

Professor Lal is the author of numerous articles and books on economic development and public policy including: Methods of Project Analysis (1974); Men and Machines (1978); Prices for Planning (1980); The Poverty of ‘Development Economics’ (1983, 1997); (with P. Collier) Labour and Poverty in Kenya (1986); The Hindu Equilibrium (2 vols, 1988, 1989); (with H. Myint) The Political Economy of Poverty, Equity and Growth (1996) and most recently his Ohlin lectures, Unintended Consequences (1998). Three collections of his essays have recently been published: The Repressed Economy (1993), Against Dirigisme (1994) and Unfinished Business (1999).