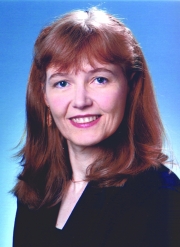 Diana Schaub is professor of political science at Loyola College in Maryland. She is a graduate of Kenyon College and holds an M.A. and Ph.D. from The University of Chicago. She has been a postdoctoral fellow of the Program on Constitutional Government at Harvard University (1994-95). In 2001, she was the recipient of the Richard M. Weaver Prize for Scholarly Letters. In 2004, she was appointed to the President’s Council on Bioethics. She is the author of Erotic Liberalism: Women and Revolution in Montesquieu’s “Persian Letters” (1995), along with a number of book chapters and articles in the fields of political philosophy and American political thought. She is a reviewer and essayist for a variety of publications, among them, The New Criterion, The Public Interest, the Claremont Review of Books, The American Interest, and The New Atlantis.