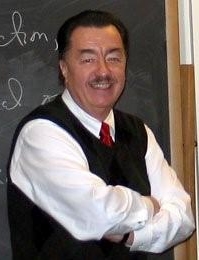 Douglas B. Rasmussen is Professor of Philosophy at St. John’s University.  He received his B.A. from the University of Iowa and his Ph.D. from Marquette University. He has served on the Steering Committee of the Ayn Rand Society and is a member of Executive Council of the American Catholic Philosophical Association. He has been awarded grants and fellowships from the National Endowment to the Humanities and the Earhart Foundation and has been a Visiting Research Scholar at the Social Philosophy and Policy Center, Bowling Green State University, Ohio, on two occasions. His areas of research interest are epistemology, ontology, ethics, and political philosophy as well as the moral foundations of capitalism. He has authored numerous articles in such journals as American Catholic Philosophical Quarterly, American Philosophical Quarterly, International Philosophical Quarterly, The New Scholasticism, The Personalist, Public Affairs Quarterly, Social Philosophy & Policy, The Review of Metaphysics, and The Thomist, and in many scholarly anthologies. He guest edited TELEOLOGY & THE FOUNDATION OF VALUE—the January 1992 (Volume 75, No. 1) issue of The Monist. He is coauthor (with Douglas J. Den Uyl) of Liberty and Nature: An Aristotelian Defense of Liberal Order (1991); Liberalism Defended: The Challenge of Post-Modernity (1997); and Norms of Liberty: A Perfectionist Basis for Non-Perfectionist Politics (2005).  He is coeditor (with Den Uyl) of The Philosophic Thought of Ayn Rand (1984). Currently, he is working on two book projects (with Den Uyl): “The Perfectionist Turn: From Metanorms to Metaphysics” and “The Illiberality of Human Capabilities Liberalism.”