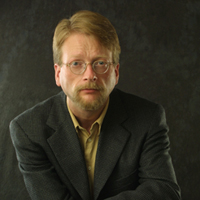 Doug Vakoch is the Director of Interstellar Message Composition at the SETI Institute, as well as Professor of Clinical Psychology at the California Institute of Integral Studies. Dr. Vakoch researches ways that different civilizations might create messages that could be transmitted across interstellar space, allowing communication between humans and extraterrestrials even without face-to-face contact. He leads the SETI Institute’s online project “Earth Speaks,” which asks people around the world what they would want to say to an extraterrestrial civilization. In November 2014, he served as chair of the SETI Institute’s “Communicating Across the Cosmos” workshop.

Dr. Vakoch is particularly interested in how we might compose messages that would begin to express what it’s like to be human. As a member of the International Institute of Space Law, he examines international policy issues related to sending such responses. He serves as Chair of the International Academy of Astronautics Study Group on Interstellar Message Construction.

Dr. Vakoch has published widely in psychology, space sciences, and environmental studies. He is the editor of several books, including Communication with Extraterrestrial Intelligence (2011), Civilizations Beyond Earth: Extraterrestrial Life and Society (2011), Psychology of Space Exploration: Contemporary Research in Historical Perspective (2011), Feminist Ecocriticism: Environment, Women, and Literature (2012), Astrobiology, History, and Society: Life Beyond Earth and the Impact of Discovery (2013), Archaeology, Anthropology, and Interstellar Communication (2014), and Extraterrestrial Altruism: Evolution and Ethics in the Cosmos (2014). He serves as general editor of Springer’s Space and Society series, as well as Lexington Books’ Ecocritical Theory and Practice series.

His work has been featured in such publications as the New York Times, Nature, Science, and Der Spiegel. As a spokesman on the cultural aspects of SETI, Dr. Vakoch has been interviewed on radio and television shows on the BBC, NPR, ABC, The Science Channel, The Discovery Channel, and many others.