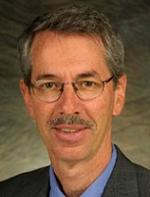 Ed Leamer is director of the UCLA Anderson Forecast. Dr. Leamer holds the Chauncey J. Medberry Chair in Management at UCLA Anderson, along with joint academic appointments in the departments of statistics and economics, where he served as chair from 1983 to 1987.

Dr. Leamer’s research interests cover a broad set of topics in the analysis of non-experimental data and the economics of globalization. Among his recent areas of interests are an episodic analysis of the United States business cycle, the impact of the Internet on economic geography, the effect of globalization on the U.S. economy and the potential impact of the FTAA on inequality in Latin America. He has written research papers on the North American Free Trade Agreement, the dismantling of the Swedish welfare state, the economic integration of Eastern Europe with Western Europe and Taiwan with Mainland China.

Dr. Leamer is a research associate of the National Bureau of Economic Research, a fellow of the American Academy of Arts and Sciences and the Econometric Society, and a frequent visiting scholar at the International Monetary Fund and the Board of Governors of the Federal Reserve System. He served on Governor Pete Wilson’s Council of Economic Advisors from 1995 to 1998 and more recently, he advised California gubernatorial candidate Arnold Schwarzenegger.