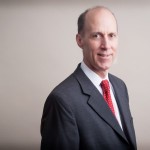 Edward Whelan is the President of the Ethics and Public Policy Center. He directs EPPC’s program on The Constitution, the Courts, and the Culture. As a contributor to National Review Online’s Bench Memos blog, he has been a leading commentator on nominations to the Supreme Court. His work has also appeared in the Wall Street Journal, the New York Times, and the Washington Post as well as in many other fora.

Mr. Whelan is a former law clerk to Supreme Court Justice Antonin Scalia and was a law clerk to Judge J. Clifford Wallace of the U.S. Court of Appeals for the Ninth Circuit.. Just before the terrorist attacks of September 11, 2001, until joining EPPC in 2004, Mr. Whelan was the Principal Deputy Assistant Attorney General for the Office of Legal Counsel in the U.S. Department of Justice. Mr. Whelan has also previously served on Capitol Hill as General Counsel to the U.S. Senate Committee on the Judiciary.