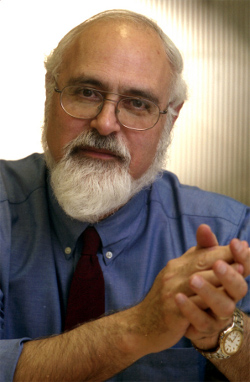 Eric Mack is a professor of philosophy at Tulane University and a faculty member of the Murphy Institute of Political Economy. His research interests include the foundation of moral rights, property rights, and distributive justice, and the legitimate scope of coercive institutions.

He has related interests in doctrines of negative responsibility, just war theory, anti-positivist conceptions of law, retributivism, philosophical anarchism, and the history of libertarian thought. He has received grants from NEH, the Earhart Foundation, the Center for Social Philosophy and Policy, and the Bradley Foundation, and has participated in and organized many philosophical conferences.

Some of his recent publications include John Locke for the series Major Conservative and Libertarian Thinkers (2009); “Individualism and Libertarian Rights,” in Contemporary Debates in Political Philosophy; “What is Left in Left-Libertarianism?,” in Hillel Steiner and the Anatomy of Justice, “Nozickan Arguments for the More-Than-Minimal State,” in the Cambridge Companion to Anarchy, State and Utopia, and “The Natural Right of Property,” in Social Philosophy and Policy.

He holds a Ph.D. from the University of Rochester.