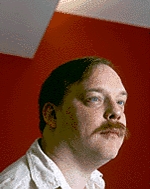 Eric S. Raymond is a hacker, writer, and a leading advocate for the Open Source Software movement. Raymond has contributed code to a wide array of open source software projects, including the Emacs editor, the GNU ncurses library, giflib/libungif, libpng, and some of the Python standard library. He is perhaps most widely known as the author of the essay “The Cathedral and the Bazaar,” which contrasts the limitations of the centrally managed software development model (the cathedral) with the virtues of the public, decentralized model (the bazaar), and was instrumental in creating broader support for the bazaar-style open development model among companies such as Netscape, which opened up the source code to its Navigator web browser in 1998, leading to the Mozilla project. Raymond was a founder and, until February 2005, president of the Open Source Initiative. He is author of The Art of Unix Programming, and, in his role as an observer-participant anthropologist in the Internet hacker culture, maintains the “Jargon File” a compendium of hacker’s lingo, printed in book form as The New Hacker’s Dictionary.

Raymond is also a science fiction fan, a musician, an advocate of gun rights, and a martial artist with a Black Belt in Tae Kwon Do. His weblog, Armed and Dangerous, covers “sex, software, politics, and firearms.”