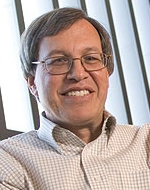 Erwin Chemerinsky is the founding dean of the Donald Bren School of Law at the University of California, Irvine. Until July of this year, he was the Alston & Bird Professor of Law and Professor of Political Science at Duke University.

Chemerinsky is the author of four books and author of over 100 law review articles that have appeared in journals such as the Harvard Law Review, Michigan Law Review, Northwestern Law Review, University of Pennsylvania Law Review, Stanford Law Review and Yale Law Journal. He is a frequent contributor to newspapers and other magazines and regularly serves as a commentator on legal issues for national and local media. In April 2005, he was named by Legal Affairs as one of “the top 20 legal thinkers in America.”

July 2008 : After Heller: The New American Debate about Guns

: The Heller Decision: Conservative Activism and its Aftermath