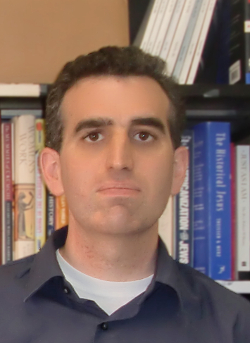 Gabriel Rossman is an Associate Professor of Sociology at UCLA. His research interests include the cultural industries and economic sociology. His book, Climbing the Charts: What Radio Airplay Tells Us about the Diffusion of Innovation (Princeton University Press 2015) was the culmination of a project using radio to understand diffusion processes, particularly through approaches that aggregate information across many innovations rather than treating them one at a time. He has also done work on the role of the Oscars in shaping Hollywood and on the role of corporate ownership on media content. His current project explores how people render palatable what would otherwise be morally disreputable exchange. His work has appeared in American Sociological Review, Social Forces, Sociological Theory, and Sociological Methodology.

Lead Essay: When the Invisible Hand Needs to Stay That Way
The Conversation: Three Big Questions about Obfuscated Exchange