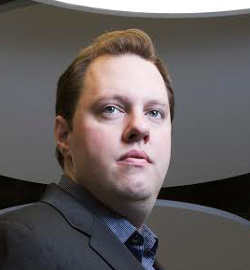 Galen Baughman is an Open Society Foundation Soros Justice Fellow. He is working to end the practice of civilly committing youth as sexually violent predators, through a project housed by the Human Rights Defense Center. Baughman was imprisoned for nine years, including four and a half years in solitary confinement, starting when he was just a teenager. Today, heis a highly sought-after speaker and campaign strategist on issues related to sex offender policy and public safety. He has also trained advocates around the country to build movements against mass incarceration.

After winning his release in 2012, Baughman spent two years as the Director of Communications at International CURE, a grassroots advocacy organization, where he focused on policy analysis, direct advocacy, messaging strategies, and grassroots organizing. He is a JustLeadershipUSA 2015 Leading with Conviction cohort member. He also serves on the Board of Directors for the Center for Sexual Justice. He has written for Playboy about corruption around mental health treatment in, “Treatment Complex: Can effective mental health treatment exist in a criminal justice system driven by profit?”