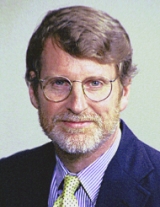 He is co-author of Globaphobia: Confronting Fears about Open Trade (1998); Five Years After: The Long Term Effects of Welfare-to-Work Programs (1995), Growth with Equity: Economic Policymaking for the Next Century (1993), and Can America Afford to Grow Old? Paying for Social Security (1989); editor and contributor to Aging Societies: The Global Dimension (1998), Does Money Matter? The Effect of School Resources on Student Achievement and Adult Success (1996), A Future of Lousy Jobs? The Changing Structure of U.S. Wages (1990), Work, Health and Income Among the Elderly (1987) and Retirement and Economic Behavior (1984). He is also the author of numerous scholarly and popular articles on the economic effects of Social Security, public welfare, unemployment insurance, and taxes. His recent research has focused on sources of growing wage and income inequality in the United States, the influence of international trade on income inequality, the job market prospects of public aid recipients, reform of social insurance in developing countries and formerly socialist economies, and the implications of privatizing the American social security system.

Burtless graduated from Yale in 1972 and earned a Ph.D. in economics from the Massachusetts Institute of Technology in 1977. Before coming to Brookings in 1981, he served as an economist in the policy and evaluation offices of the Secretary of Labor and the Secretary of Health, Education, and Welfare. In 1993 he was Visiting Professor of Public Affairs at the University of Maryland, College Park.

Response Essays: Ben Bernanke is Right
The Conversation: Inequality Trends: The Facts and Why They Matter