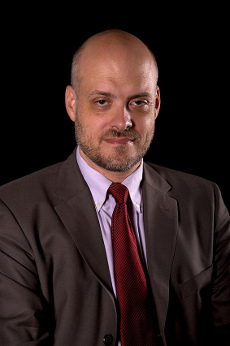 Gary Chartier is Distinguished Professor of Law and Business Ethics and Associate Dean of the Tom and Vi Zapara School of Business at La Sierra University in Riverside, California. He is the author, editor, or co-editor of ten books, including Public Practice, Private Law (Cambridge 2016), Anarchy and Legal Order (Cambridge 2013), Economic Justice and Natural Law (Cambridge 2009), The Conscience of an Anarchist (Cobden 2011), Markets Not Capitalism (Minor Compositions-Autonomedia 2011; co-edited with Charles W. Johnson), and Liberty and Class: Social Class in the Classical Liberal and Libertarian Tradition (forthcoming from Palgrave 2017; co-edited with Ross M. Kenyon, David M. Hart, and Roderick T. Long).

Chartier is a proud southern California native. He received a BA in history and political science from La Sierra (1987, magna cum laude); he went on to explore ethics, the philosophy of religion, theology, Christian origins, and political philosophy at the University of Cambridge, from which he earned a PhD (1991) with a dissertation on the idea of friendship. He graduated with a JD (2001, Order of the Coif) from UCLA, where he studied legal philosophy and public law and earned the Judge Jerry Pacht Memorial Award in Constitutional Law. The University of Cambridge presented him with an earned LLD in 2015 for his work in legal theory. Visit him online at GaryChartier.com.

Lead Essay: The Naked Truth about Libertarianism
The Conversation: Norms that Encourage Diversity