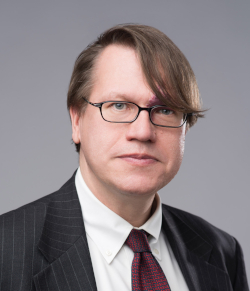 Geoffrey Kabaservice is the Director of Political Studies at the Niskanen Center. He is the author of The Guardians: Kingman Brewster, His Circle, and the Rise of the Liberal Establishment (Henry Holt, 2004) and Rule and Ruin: The Downfall of Moderation and the Destruction of the Republican Party, from Eisenhower to the Tea Party (Oxford University Press 2012); the latter was a New York Times Notable Book of the Year.

He has written for the New York Times, the Washington Post, the Los Angeles Times, Politico, and The Guardian. He has been a visiting assistant professor at Yale University, a program manager at the Advisory Board Company, a columnist for The New Republic, a visiting fellow at the Roosevelt House Public Policy Institute at Hunter College, and research director for the Republican Main Street Partnership. His research interests include politics, education, centrism and moderation, and the history of the Republican Party.

Response Essays: Moderation and Our Looming Disasters
The Conversation: How Moderates Describe Themselves