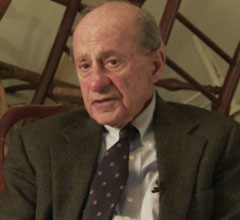 George Kateb is the William Nelson Cromwell Professor of Politics, Emeritus at Princeton University. One of the most respected and influential political theorists of the last quarter century, Kateb’s writing include Hannah Arendt: Politics, Conscience, Evil (1984); The Inner Ocean: Individualism and Democratic Culture (1992); Emerson and Self-Reliance (1994); 2d ed, 2002); and most recently, Patriotism and Other Mistakes (2007). At Princeton, he was formerly Director of the Program in Political Philosophy, Director of the Gauss Seminars, and Director of the University Center for Human Values.