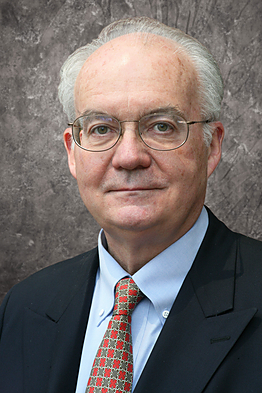 Gerald O’Driscoll is a senior fellow at the Cato Institute. He is a widely quoted expert on international monetary and financial issues. Previously the director of the Center for International Trade and Economics at the Heritage Foundation, O’Driscoll was senior editor of the annual Index of Economic Freedom, co-published by Heritage and The Wall Street Journal. He has also served as vice president and director of policy analysis at Citigroup. Before that, he was vice president and economic advisor at the Federal Reserve Bank of Dallas. He also served as staff director of the Congessionally mandated Meltzer Commission on international financial institutions. O’Driscoll has taught at UCSB, Iowa State University and New York University. He is widely published in leading publications, including The Wall Street Journal. He appears frequently on national radio and television, including Fox Business News, CNBC and Bloomberg. He is a director of the Association of Private Enterprise Education. O’Driscoll holds a B.A. in economics from Fordham University, and an M.A. and Ph.D in economics from UCLA.