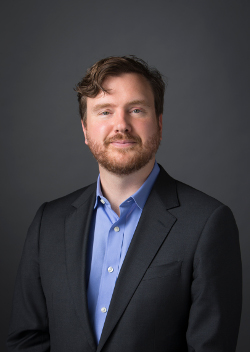 Greg Lukianoff is an attorney and the president and CEO of the Foundation for Individual Rights in Education (FIRE). He is the author of Unlearning Liberty: Campus Censorship and the End of American Debate and Freedom From Speech. Greg, along with Harvey A. Silverglate and David French, is a co-author of FIRE’s Guide to Free Speech on Campus. He has published articles in The Wall Street Journal, The Washington Post, The New York Times, The Los Angeles Times, TIME, The Atlantic, The Boston Globe, and numerous other publications. He is a blogger for The Huffington Post and Ricochet.com. Greg is a frequent guest on local and national syndicated radio programs, has represented FIRE on national television shows, including CBS Evening Newsand CBS This Morning, NBC’s Today Show, CNN’s New Day, C-SPAN’s Washington Journal, Fox’sSpecial Report and The O’Reilly Factor, Fox Business’s Stossel and The Independents, and MSNBC’s Dr. Nancy, and has testified before both the U.S. Senate and the House of Representatives about free speech issues on America’s campuses. In 2008 he became the first ever recipient of the Playboy Foundation Freedom of Expression Award and in 2010 he received Ford Hall Forum’s Louis P. and Evelyn Smith First Amendment Award on behalf of FIRE. Greg is also an executive producer for Can We Take a Joke?, a feature-length documentary that explores the collision between comedy, censorship, and outrage culture on and off campus.

Greg is a graduate of American University and of Stanford Law School, where he focused on First Amendment and constitutional law. Before joining FIRE, Greg practiced law in Northern California, interned at the ACLU of Northern California and the Organization for Aid to Refugees in Prague, Czech Republic, and was the development manager of the EnvironMentors Project in Washington, D.C. Greg is also a proud member of the board of directors of Philadelphia’s Theatre Exile. In his free time, Greg also runs the Genetic Music Project, an open source genetic art project combining music and science.