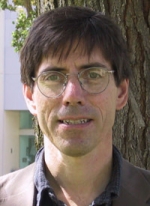 Gregory Clark is professor of economics at the University of California, Davis, and author of the forthcoming book A Farewell to Alms: A Brief Economic History of the World (Princeton University Press, 2007). Clark’s research interests include world economic history, the economic history of India, economic growth since the Middle Ages, the Agricultural Revolution, and industrialization in underdeveloped economies. In addition to serving at U.C. Davis, Clark has helds posts in economics at Stanford University, the University of Michigan, and Brown University. Originally from Scotland, Clark is a graduate of Cambridge and Harvard Universities.

Response Essays: The Universal Culture of Progress
The Conversation: A Plague on Both Your Houses