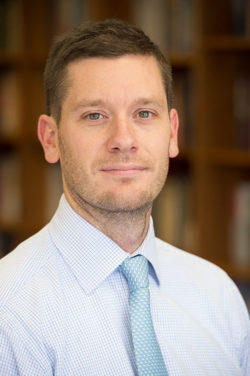 Hal Brands is the Henry A. Kissinger Distinguished Professor of Global Affairs at the Johns Hopkins School of Advanced International Studies (SAIS) and a scholar at the American Enterprise Institute. He is also a columnist for Bloomberg Opinion. He is the author or editor of several books, including American Grand Strategy in the Age of Trump (2018), Making the Unipolar Moment: U.S. Foreign Policy and the Rise of the Post-Cold War Order (2016), What Good is Grand Strategy? Power and Purpose in American Statecraft from Harry S. Truman to George W. Bush (2014), Latin America’s Cold War (2010), From Berlin to Baghdad: America’s Search for Purpose in the Post-Cold War World (2008),The Power of the Past: History and Statecraft (co-edited with Jeremi Suri, 2015), and The Last Card: Inside George W. Bush’s Decision to Surge in Iraq (co-edited with Jeffrey Engel, Timothy Sayle, and William Inboden, 2019). His newest books are The Lessons of Tragedy: Statecraft and World Order, co-authored with Charles Edel, andCOVID-19 and World Order, co-edited with Francis Gavin.

He served as Special Assistant to the Secretary of Defense for Strategic Planning from 2015 to 2016. He has also served as lead writer for the Commission on the National Defense Strategy for the United States and consulted with a range of government offices and agencies in the intelligence and national security communities.

May 2021 : The Lessons of Afghanistan

Response Essays: Balancing the Risks and Rewards of Withdrawal