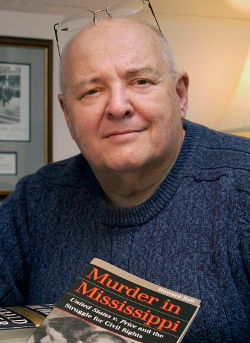 Howard Ball is a Professor Emeritus of political science at the University of Vermont. He specializes in civil liberties, civil rights, constitutional law, and American government. He is the author or co-author of nearly two dozen books, among them Of Power and Right: Justices Hugo L. Black and William O. Douglas (Oxford, 1992), The Supreme Court in the Intimate Lives of Americans (NYU Press, 2002), and At Liberty to Die: The Battle for Death with Dignity in America (NYU Press, 2012).

He has published articles in the Western Political Quarterly, Polity, Public Administration Review, Harvard Civil Rights-Liberties Law Review, and Howard Law Review. He holds a B.A. from Hunter College, City University of New York and an M.A. and Ph.D. from Rutgers University.