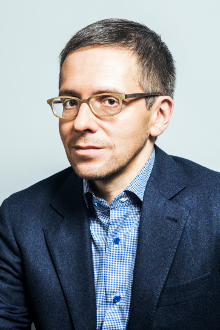 Ian Bremmer is the president and founder of Eurasia Group, a global political risk research and consulting firm. He is a foreign affairs columnist and editor-at-large for Time magazine. His latest book, Superpower: Three Choices for America’s Role in the World, was released in May 2015.

He has published eight other books including the national bestsellers Every Nation for Itself: Winners and Losers in a G-Zero World and The End of the Free Market: Who Wins the War Between States and Corporations? He is a regular columnist for Reuters and the Financial Times A-List, and has written hundreds of articles for many leading publications. He appears regularly on CNBC, Fox, Bloomberg, CNN, the BBC, and other networks.

Bremmer holds a Ph.D. in political science from Stanford University. He is the Harold J. Newman Distinguished Fellow in Geopolitics at the Asia Society Policy Institute and serves on the President’s Council of the Near East Foundation, the Leadership Council for Concordia and the Board of Trustees of Intelligence Squared.