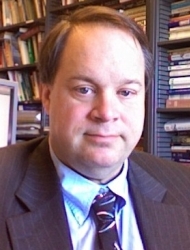 Brad DeLong is a professor in the Department of Economics at U.C. Berkeley; chair of the Berkeley International and Area Studies Political Economy major; a research associate at the National Bureau of Economic Research; and a visiting scholar at the Federal Reserve Bank of San Francisco. From 1993 to 1995 he worked for the U.S. Treasury as a deputy assistant secretary for economic policy.

While in the Clinton administration, reporting to Assistant Secretary Alicia Munnell, he worked on the Clinton Administration’s 1993 budget, on the Uruguay Round of the General Agreement on Tariffs and Trade, on the North American Free Trade Agreement, on macroeconomic policy, on the unsuccessful health care reform effort, and on many other issues.

He has written on, among other topics, the evolution and functioning of the U.S. and other nations’ stock markets, the course and determinants of long-run economic growth, the making of economic policy, the changing nature of the American business cycle, and the history of economic thought.