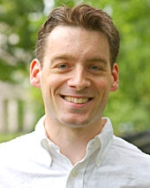 Jacob Hacker is Peter Strauss Family Associate Professor of Political Science at Yale University and Resident Fellow of the Institution for Social and Policy Studies. He is also a Fellow at the New America Foundation, a participant in the American Political Science Association’s Task Force on Inequality and American Democracy, a member of the National Academy of Social Insurance, and a former Junior Fellow of the Harvard Society of Fellows.

A political scientist who studies U.S. public policy in historical and cross-national perspective, his work sits at the intersection of American political development, comparative politics, and policy analysis. Currently, he is heading a Social Science Research Council project on the “privatization of risk.” In late 2005 he published Off Center: The Republican Revolution and the Erosion of American Democracy (with Paul Pierson) and is completing two books: The Great Risk Shift: The New Economic Insecurity—and What Can Be Done About It and an edited volume on the politics of inequality and poverty in the United States. He is the author of two previous books: The Road to Nowhere: The Genesis of President Clinton’s Plan for Health Security (Princeton, 1997), which was co-winner of the 1997 Louis Brownlow Book Award of the National Academy of Public Administration; and The Divided Welfare State: The Battle over Public and Private Social Benefits in the United States (Cambridge, 2002), which, as a dissertation, received prizes from the American Political Science Association, the Association of Public Policy Analysis and Management, and the National Academy of Social Insurance. His articles and opinion pieces have appeared in the American Political Science Review; the American Prospect; Boston Globe; British Journal of Political Science; Perspectives on Politics; Politics and Society; Studies in American Political Development; the International Journal of Social Welfare; the Journal of Health Politics, Policy and Law; the New Republic; the New York Times; the Nation; the Los Angeles Times; the Boston Globe; and the Washington Post.

Response Essays: Down to Earth
The Conversation: Inequality is on the Rise, and it Matters