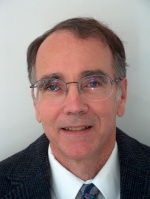 James Hamilton received his Ph.D. in Economics from the University of California at Berkeley in 1983. He has been a professor at the University of California, San Diego since 1992 and served as Chair of the Economics Department from 1999 to 2002. He is a Fellow of the Econometric Society and a Research Associate with the National Bureau of Economic Research, and has been a visiting scholar at the Federal Reserve Board as well as the Federal Reserve Banks of Atlanta, New York, and Richmond. His book Time Series Analysis is the leading graduate text on economic forecasting. His research interests include business cycles, monetary policy, and oil shocks.