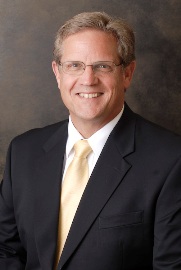 James Roberts is the Research Fellow in Freedom and Growth at The Heritage Foundation’s Center for International Trade and Economics.

As the Research Fellow in Freedom and Growth, Roberts’ primary responsibility is to produce the Index of Economic Freedom, an influential annual analysis of the economic climate of countries throughout the world. The Index is co-published by Heritage and The Wall Street Journal. Roberts also studies economic and political issues in Latin America and Europe and weighs in on development assistance and nation-building debates.

Before joining Heritage in 2007, Roberts served in the State Department for 25 years. As a Foreign Service Officer, he completed tours of duty at U.S. embassies in Mexico, Portugal, France, Panama and Haiti. He also helped coordinate several major U.S. assistance programs, including efforts to reform Eastern Europe economies and, most recently, to reconstruct Iraq. During his government service, he earned the Secretary of State’s Career Achievement Award. He also received four Superior Honor Awards and three Meritorious Honor Awards at the department in recognition of his performance in responding to a variety of U.S. foreign economic policy challenges.

Before entering public service, Roberts was a financial analyst at the Ford Motor Co. He served in the U.S. Navy Reserve from 1982-1993, retiring with the rank of Lieutenant.